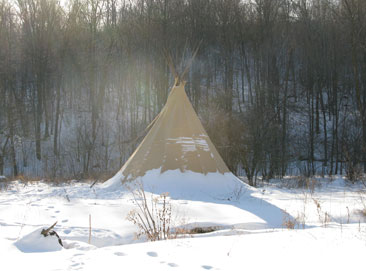 Cozy in the snow

The weather has been around zero, or below, most of this year so far, inclining me towards slowness in getting the tipi ready for use. Finally, trekked back there this morning, after feeding the kids. Had to dig out some frozen ropes and create air passages to feed the fire, but it wasn’t all that hard or painful, even when fiddling with ropes sans gloves.

With the smoke flaps open, smoke from the fire went up instead of spreading out & choking me up like an evening a week or so ago. I gathered some snow in the tea pot and brewed a few pleasant cups of green tea. 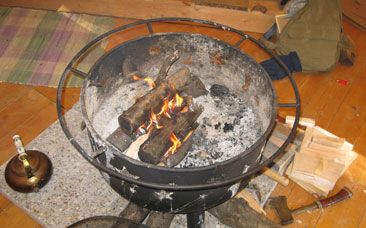 Could use more wood next time

Propped my boots up and continued reading on the social contexts in which Buddhism originated. Turns out that the traditional stories are not based in historical fact, even contradicting bits of information in the Suttas.

For example, it’s next to impossible that Siddhartha was a “Prince.” His father was a kind of raja, which at that time is better translated as “chief.” If dad wasn’t a king, then the son wasn’t a prince. How might we understand the Buddha’s story differently if we drop the notion that he was a prince, a noble, a ruler? The son of a chief among chiefs, non-hereditary ranks all, is more equitable and perhaps closer to democracy. 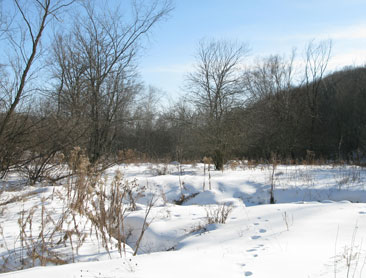 Also, did you know that the monarchy that developed for the most part after his passing in the middle Ganges basin, the main area of the Buddha’s ministry, is responsible for wiping out the Buddha’s people, the Sakyans? Perhaps those monarchies weren’t so benign, let alone Dhammic, after all. And what does it mean that we honor Sakyamuni, the Sage of the Sakyas, who came from a tribal people wiped out by a more aggressive, power-hungry monarchy with a standing army that later Buddhism took as its social model?

History provides food for thought and for re-visioning how we understand Sangha and society today. Rejuvenating Sangha is crucial to Buddhism’s future and history has some lessons for us.

This entry was posted in Dhamma, General. Bookmark the permalink.