Santikaro returned from a month in Siam late Monday night. The flights from BKK to Tokyo and Tokyo to Chicago were happily uneventful, as were re-entry & customs in Chicago, but the last leg of the trip, the flight to La Crosse, was delayed a number of times and arrived two hours late. So we didn’t get back to the apartment till midnight, making a 32 hour trip from door to door.

As you can see in the first image, the cabin survived the blizzard that dumped a foot of snow last week. When weather allows, will install the stove & chimney in order to do some interior work over the winter. 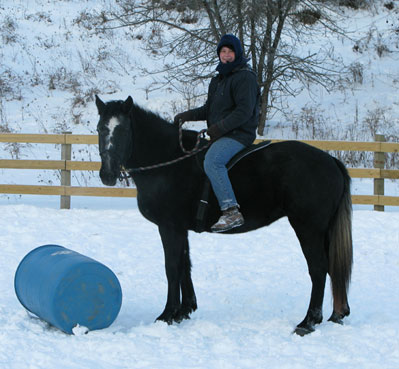 We went out to see the horses and land yesterday afternoon. Temperature was around zero (and dropped lower overnight). This was a bit much for my jet-lagged body returning from 4 weeks of weather that never got cooler than 70 F. Fingers & thumbs got painfully cold but the rest of me held up OK. Will get acclimatized in the days ahead.

Jo Marie has been making steady progress with Junebug while I was away. They showed off their latest lessons with poise and panache. Then the whole herd-family took a walk to the back pasture. 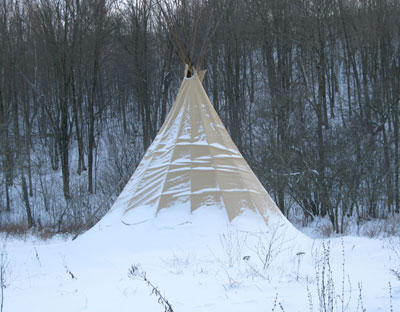 And we were able to make it to Onalaska in time for the Tuesday night study group.

Entries about events, experiences, & impressions in Siam this trip will be back-filled under the dates they occurred, more or less. I’ll be updating those in the days ahead, as I get over jet lag.

2 Responses to Home in snowy Norwalk