Welcome to the Asylum (excerpt)

“…it is only through the impractical, through that which can empower our imagination, that we will be rescued as a species.” 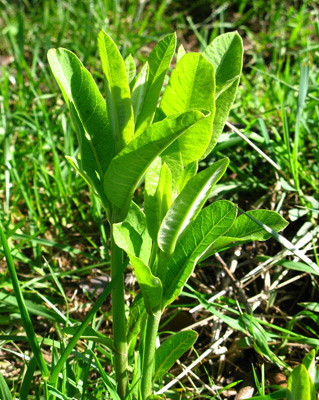 In William Shakespeare’s “The Tempest,” Prospero is stranded on an island where he becomes the undisputed lord and master. He enslaves the primitive “monster” Caliban. He employs the magical sources of power embodied in the spirit Ariel, who is of fire and air. The forces unleashed in the island’s wilderness, Shakespeare knew, could prompt us to good if we had the capacity for self-control and reverence. But it also could push us toward monstrous evil since there are few constraints to thwart plunder, rape, murder, greed and power. Later, Joseph Conrad, in his portraits of the outposts of empire, also would expose the same intoxication with barbarity.

The anthropologist Lewis Henry Morgan, who in 1846 was “adopted” by the Seneca, one of the tribes belonging to the Iroquois confederation, wrote in “Ancient Society” about social evolution among American Indians. Marx noted approvingly, in his “Ethnological Notebooks,” Morgan’s insistence on the historical and social importance of “imagination, that great faculty so largely contributing to the elevation of mankind.” Imagination, as the Shakespearean scholar Harold C. Goddard pointed out, “is neither the language of nature nor the language of man, but both at once, the medium of communion between the two. … Imagination is the elemental speech in all senses, the first and the last, of primitive man and of the poets.”

All that concerns itself with beauty and truth, with those forces that have the power to transform us, are being steadily extinguished by our corporate state. Art. Education. Literature. Music. Theater. Dance. Poetry. Philosophy. Religion. Journalism. None of these disciplines are worthy in the corporate state of support or compensation. These are pursuits that, even in our universities, are condemned as impractical. But it is only through the impractical, through that which can empower our imagination, that we will be rescued as a species. The prosaic world of news events, the collection of scientific and factual data, stock market statistics and the sterile recording of deeds as history do not permit us to understand the elemental speech of imagination. We will never penetrate the mystery of creation, or the meaning of existence, if we do not recover this older language. Poetry shows a man his soul, Goddard wrote, “as a looking glass does his face.” And it is our souls that the culture of imperialism, business and technology seeks to crush. Walter Benjamin argued that capitalism is not only a formation “conditioned by religion,” but is an “essentially religious phenomenon,” albeit one that no longer seeks to connect humans with the mysterious forces of life. Capitalism, as Benjamin observed, called on human societies to embark on a ceaseless and futile quest for money and goods. This quest, he warned, perpetuates a culture dominated by guilt, a sense of inadequacy and self-loathing. It enslaves nearly all its adherents through wages, subservience to the commodity culture and debt peonage. The suffering visited on Native Americans, once Western expansion was complete, was soon endured by others, in Cuba, the Philippines, Nicaragua, the Dominican Republic, Vietnam, Iraq and Afghanistan. The final chapter of this sad experiment in human history will see us sacrificed as those on the outer reaches of empire were sacrificed. There is a kind of justice to this. We profited as a nation from this demented vision, we remained passive and silent when we should have denounced the crimes committed in our name, and now that the game is up we all go down together.

The rest of this essay can be found here.

This entry was posted in Dhamma, General, Social Observations & Commentary. Bookmark the permalink.

One Response to Imagination and species survival